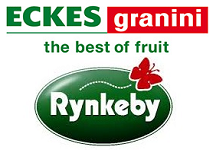 Danish dairy cooperative Arla has announced that it is selling its Rynkeby Foods division to German juice firm Eckes-Granini.

Rynkeby is the largest manufacturer of juice and cordials in the Nordic region, selling more than 130 million litres of beverages for consumers primarily in Denmark, Sweden and Finland under the brands Rynkeby and God Morgon.

Arla had previously announced that it was putting Rynkeby Foods up for sale “to focus its future investments on its core business of dairy production”.

The company added that, as part of the agreement, the parties had agreed on a structure for the continuation of the current distribution set-up.

Commenting on the deal, Eckes-Granini CEO Thomas Hinderer said: “The acquisition of Rynkeby Foods is another important milestone in dynamically pursuing the international growth strategy of the Eckes-Granini Group. We are proud to welcome Rynkeby Foods along with its highly motivated professional team and two new, strong brands to the Eckes-Granini Group. The Rynkeby® and God Morgon® brands round out our portfolio ideally. We are now number one in eight European countries as we continue to pursue our successful course as the leading supplier of fruit beverages”.