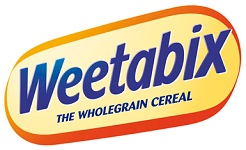 Weetabix, the British brand now majority-owned by a state owned Chinese Food major Bright Foods, is looking to expand its cereal product portfolio in China. The company plans to reinvent its range to adapt to local preferences and make them more appealing to the consumers.

Giles Turrell, chief executive at Weetabix said: “We have learned that they like savoury, not sweet, hot not cold, and fast, because they are incredibly time-starved. We’re having a think about what we’d add to Weetabix to make it savory. In the same way as we’ve added chocolate chips or golden syrup or banana to cereals here, you could add other savoury flavours, like green tea, sesame seeds, cranberries and other fruits”.

Realizing that it is time to go local and tweak its British offerings, the company and its Chinese partner Bright Foods have roped in some flavour houses to come up with new flavor combinations and consumer panels to test them. “Within two years we want to have adapted the range”, says Turrell.

Breakfast in China, as many Chinese say, is culturally a very local affair. It is predominantly rice based, is hot and usually cooked at home or ready to heat. Unlike a lot of ‘on the go’ food such as snacks,breakfast cereal is faced with bigger challenges. Manufacturers may need to look at modifying the base products and formats to adapt to local breakfast habits, besides experimenting with new flavors or “added extras” such as dried fruit, or nuts or seeds.