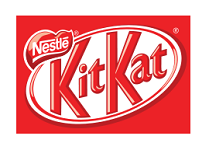 Nestle Japan has announced the launch of its latest innovation under the KitKat brand – a chocolate bar that can be eaten as a conventional snack bar but can also be “baked” for 2 minutes, changing the texture.

Named “Yaki Cream Cheese” (“Yaki” means baked, toasted, or grilled in Japanese), the new product has been developed in collaboration with Japanese chocolatier Takagi and is due to be released on the Japanese market on March 24th. The bar can be baked for 2 minutes in foil inside a toaster, after which the outer biscuit is said to become crispy while the inside turns soft.

Given the popularity of KitKat in Japan, the country has become something of a testbed for the brand’s more innovative concepts. Earlier this year the first KitKat “boutique” opened in Tokyo, stocking exclusive varieties such as Sublime Bitter, Special Sakura Green Tea and Special Chilli and other unusual flavours like Hojicha Roasted Tea, Matcha Green tea, Strawberry Cheesecake, Edamame Soybean and Wasabi among others.