China: Tingyi set for new spate of acquisitions in 2014 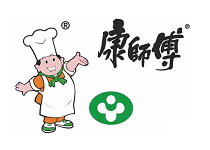 Tingyi, one of China’s largest food and drinks manufacturers, is looking to further develop its portfolio, according to Bloomberg.

Tingyi already has alliances with PepsiCo and Asahi Group and is looking to add to these deals in 2014. The company is contemplating a new strategic alliance considering both domestic and overseas brands for deals and co-operations, it is reported.

It is claimed that it will use a ‘war chest’ of some $1.6bn to fend off competition from other global food brands including major players such as Nestle. Strategic acquisitions in China are described as being the brand’s main focus over the next five years.

Speaking to Bloomberg, Frank Lin, Chief Financial Officer of Tingyi, declined to comment on specific targets but explained the overall strategy. “For the instant food business we choose mergers and acquisitions instead of organic growth because it is faster to expand our presence in the China market”, he said.

According to Bloomberg, over half of Tingyi’s revenue comes from beverages, instant noodles (43%) and snacks (2.5%).  It is also the only company licensed to produce and sell Pepsi in China.

China: Tingyi set for new spate of acquisitions in 2014 - Gama