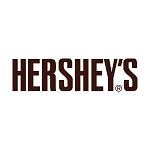 Hershey Netherlands BV, a subsidiary of The Hershey Co., has announced that it has acquired an 80% stake in Shanghai Golden Monkey Food Joint Stock Co. (SGM),  a company it first expressed an interest in back in December 2013.

Food Business News reported that Hershey has acquired the stake in SGM, a privately help confectionery company based in Shanghai, China, for around $394 million, with the remaining 20% stake expected to be acquired by Hershey for roughly $98 million at the second closing on the first year anniversary of the acquisition. The total amount amount of the acquisition will be roughly $577 million, including net debt of approximately $85 million.

“This strategic acquisition advances our international growth agenda and builds on our commitment to the China market by providing world-class, quality products to Chinese consumers”, Humberto P. Alfonso, president of Hershey International said in a statement. “We will leverage Shanghai Golden Monkey’s iconic brands, diverse product portfolio and strong sales force to build on the organic growth we delivered in China over the past several years. Acquiring such an iconic and scalable brand increases our opportunity to drive top-line growth and create value for shareholders over the long term”.

China is Hershey’s number one priority international market for growth, the statement continued. The company said it had increased its investment in China over the past several years to  become one of the fastest growing confection companies in the country.