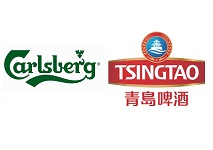 Carlsberg, the Danish brewer, is said to be weighing up a move for Asahi’s stake in Chinese beermaker Tsingtao, according to a Bloomberg report quoting “people familiar with the matter”.

Asahi, the leading Japanese beer producer, acquired its 20% stake in Tsingtao in 2009. Bloomberg estimates the value of the stake to be around S1.2 billion.

Tsingtao, China’s second biggest domestic beer producer, faces stiff competition from major players such as China Resources, which owns the market leading Snow Beer brand, as well as AB InBev, which manufactures Budweiser. Carlsberg is already present in China via its Tuborg, Carlsberg and Kronenbourg brands, as well as through a 60% stake in Tstingtao’s rival Chongqing Brewery.

Representatives of Asahi and Carlsberg declined to comment on the speculation.