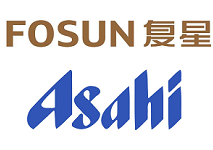 Asahi, the Japanese drinks giant, has announced that it is selling its 20% stake in Chinese beermaker Tsingtao Brewery in a deal worth about $941 million.

The group first announced that it was looking to sell its holding in Tsingtao Brewery in October 2017.

An 18% stake is being sold to the Chinese conglomerate Fosun for about $847 million, while Tsingtao Brewery itself will pay about $94 million for the remainder, according to a Bloomberg article.

Commenting on the move, Fosun said: “China’s brewery market is the largest in the world and the group is optimistic about the potential growth of [Tsingtao Brewery] due to [its] unique brand value and excellent management team, conforming to the trend of consumption upgrading of Chinese brewery industry, the development in the domestic and international market by leveraging the Group’s global resources and benefiting from the accelerating reform of the state-owned enterprises”.

Tsingtao is the third biggest beer brand in China but has recently found itself increasingly squeezed by international competitors such as AB InBev and Diageo, Bloomberg reports.