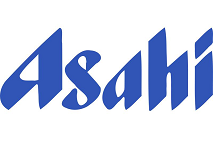 Japan-based drinks firm Asahi has announced its intention to sell part or all of its 20% stake in Tsingtao Brewery, the second-largest beer maker in China, for around $1.2 billion.

The stake was originally acquired by Asahi in 2009 from Belgium-based beermaker AB InBev for around $666 million.

Asahi has been shedding a number of its assets in Asian markets in order to refocus on the  growth of its overseas business, in particular as a result of its acquisition of SABMiller’s operations in western, central and eastern Europe.

“We are engaging in efforts to restructure our business portfolio with a focus on asset efficiency, to assess whether each business contributes to sustainable enhancement of corporate value”, Asahi said in a statement. “As a result of our review of our investment in the beer business in China during the course of such process, we decided to commence an evaluation of a potential transfer of all or part of our stake in Tsingtao Brewery”.

Speculation that Asahi might sell its interest in Tsingtao Brewery first emerged earlier this year, with Danish brewer Carlsberg rumoured to be weighing up a move for the stake.