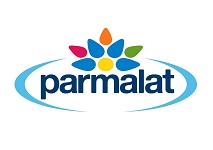 Parmalat, the Italian dairy firm owned by the Lactalis group, has announced the acquisition, through its subsidiary La Vaquita Holding, of a number of Chilean companies specialised in the production of cheese.

According to company press release, four cheese facilities were acquired for about € 100 million (£ 86 million), where the full amount was financed with the company’s own resources.

With the new acquisition, Parmalat said to aimed to strengthen the presence of the company in Latin America, allowing it to expand geographically in a country where it operates through a licensing agreement. The acquired companies, which includes brands such as La Vaquita and Kumey among others, generated revenue of £82 million in 2016 and employs almost 600 staff.

The deal comes approximately two years after the Italian firm previously expanded in the Latin American cheese sector through the acquisition of a group of Mexican companies including the brands Esmeralda, El Ciervo, Mariposa and La Campesina Holandesa.