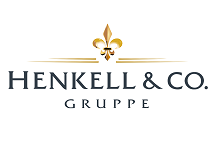 Henkell, the German wine and spirits producer, has announced that it has acquired the rights to Managaroca Batida De Coco and other brands from Mangaroca International, a Swiss firm specialised in Brazilian-style spirits.

Managaroca Batida De Coco is described as a coconut milk liqueur with a unique flavour, made according to an original Brazilian recipe. Containing 16% abv, it is recommended to be served over ice as well as in cocktails and long drinks.

Henkell said it had been working with the brand, which is now distributed in 20 countries, since 1978. Commenting on the move, a Henkell spokesperson said:”Batida De Coco is a fantastic brand with a young and international following. We intend to use creative campaigns to develop the band for the future, in order to build on its success both nationally and internationally”.