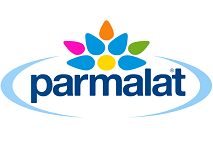 Italian dairy producer Parmalat has announced that it has signed an agreement to acquire of a group of Mexican companies specialized in the manufacturing and distribution of dairy products, especially cheese.

Through the deal, Parmalat said it would acquire market-leading brands including Esmeralda, El Ciervo, Mariposa and La Campesina Holandesa. The businesses involved in the acquisition employ around 4,000 people, operate four production plants in Latin America (one in Mexico, two in Uruguay and one in Argentina) and operate a network which covers the entirety of Mexico with 20 distribution sites. Net revenues of the companies acquired totalled $197 million in 2013.

The acquisition is subject to the approval of the relevant anti-trust authorities.