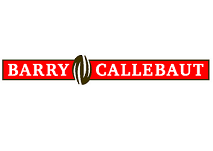 Swiss chocolate producer Barry Callebaut is planning to expand its presence in Latin America with the opening of a new factory in Chile, its seventh factory in the region.

The new factory will produce liquid chocolate and compounds for a variety of regional food manufacturers and confectionery companies located in Chile, Argentina, Uruguay, Paraguay and Peru, the company said. The company  already owns two cocoa factories and a chocolate factory in Brazil, as well as a cocoa factory and two chocolate factories in Mexico.

Announcing the new facility in a statement, the company said that it intended to use the further expansion of its manufacturing footprint to serve a variety of food manufacturers across Latin America.

“The opening of this state-of-the-art chocolate factory allows us to even better serve our current and future customers in Latin America”, said Gerardo Elizondo, general manager of Barry Callebaut in Chile.

Barry Callebaut, founded in 1996 and headquarted in Zurich, is the world’s leading manufacturer of premium chocolate and cocoa products with annual sales of around $5.2 billion.