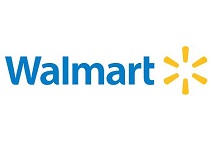 Walmart Brasil, the Brazilian arm of the world-leading grocery retailer, has announced the opening of a new store concept in Brazil called Walmart Supermercado (‘Supermarket’).

According to a press release from the retailer, the initiative is part of an investment of R$500 million ($152 million), in which the new concept will be adopted by 120 stores that are currently under the banners Bompreco, Mercadorama and Nacional.

The new concept is said to feature a green and yellow colour scheme borrowed from the Walmart Neighborhood Market format from the US.

Commenting on the new stores, Bernardo Perloiro, vice president of operations, commercial and marketing at Walmart Brasil, said: “We will have a more comfortable, clearer store with wider corridors, a higher quality of fruit and vegetables, a smart assortment and always low prices”.

The transformation programme – which will see traditional hypermarkets reconfigured into a ‘supermarket’ format – will take place gradually in parallel with other extensive refurbishments over the next four years.

Two Walmart stores in Curitiba are already open under the Supermercado banner.