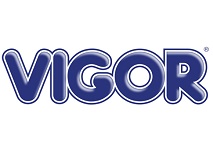 Brazilian dairy firm Vigor is investing R$150 million ($40 million) to establish the company’s first plant in the state of Rio de Janeiro, according to reports in Sistema FAEMG and O Globo.

The facility, in Barra do Pirai, Sul Fluminense, will employ 350 staff when operating at full capacity. Vigor, whose major shareholder is J&F Investment, owner of JBS, began planning to enter Rio about three years ago when it set up its first distribution centre in the state.

Commenting on the development, Vigor’s president Gilberto Xandó said: “The dairy industry is very resilient and is much less affected by the economic crisis. Consumption in the super premium yoghurt space has decreased but it hasn’t stopped. And we have room to grow thanks to our distribution networks. We have seen double digit growth for seven straight quarters, gaining market share from competitors. Regardless of the crisis, we continue to believe in Brazil”.

Mr Xando also pointed to the positive take up of Greek yogurt in Brazil, sales of which he said had increased sixfold in a short space of time.