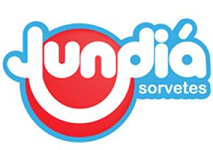 Brazilian ice cream manufacturer Sorvetes Jundia has announced the opening of its first physical store, which is located in the city of Sao Paulo.

The opening is described as being  part of the celebrations for the company’s 40th anniversary in 2017. The concept store, on the corner of Alameda Lorena and Rua da Consolaçao, will list all of the ice cream flavours and products manufactured by the company, and will target both retail and wholesale channels.

In addition, the new ice cream parlour will offer services for parties and events, such as rental of the firm’s freezers and branded trolleys.

Sorvetes Jundia produces 2.5 million litres of ice cream per month, making it the second largest manufacturer of ice cream in the state of Sao Paulo and the third largest across Brazil as a whole.