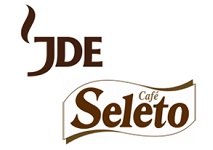 Jacobs Douwe Egberts (JDE), the ‘pure play’ coffee firm formed from the merger of DE Master Blenders and Mondelez International in 2014, has announced its intention to acquire the Brazilian coffee firm Cafe Seleto, according to reports in Giro News and Supermercado Moderno.

The owner of the Cafe Pilao brand announced its plans on 15th April and said it expected the transaction to be completed in the first half of this year. The takeover is subject to approval by the regulatory authorities.

JDE’s proposal consists of the acquisition of Seleto coffee brand and its entire manufacturing operation, located in Minas Gerais. “Once approved, this acquisition will mark an important step for JDE Brazil”, the company said in a statement.