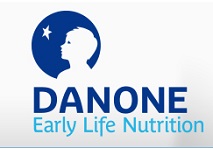 Danone Early Life Nutrition, the infant nutrition division of Danone Group and the producer of baby milk and dairy compound formulas, has announced the opening of a new factory in Pocos de Caldas, Minas Gerais.

Danone said that the unit, which is the firm’s eighth in Brazil and the first in its category, would allow the company to operate more closely to Brazilian consumers

“This inauguration is an important step in the history of the Danone Group in Brazil, which arrived in Pocos de Caldas exactly 46 years ago to this day “, said Edna Giacomini, president of Danone Early Life Nutrition in Brazil. “The factory will promote the distribution of products in the domestic market and, from next year, we will begin wider exports to Latin America”.

According to sources, the new plant occupies an area of 100,000 sq m and employs the latest “dry” technology that eliminates the need for water in the manufacture process..

Danone Early Life Nutrition invested R$120 million ($35 million) in the new plant, which is estimated to employ 200 staff by the end of 2017.