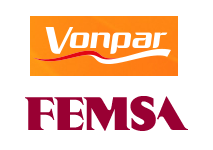 Coca-Cola FEMSA, the biggest Coca-Cola bottler in the world by volume, is set to acquire the Brazilian bottling firm Vonpar, according to an article in Correio do Povo.

Under the terms of the deal, Coca-Cola FEMSA will reportedly acquire 100% of the shares in the firm, which is one of the largest private Coca-Cola bottlers in Brazil, through its subsidiary Spal Industria Brasileira de Bebidas.

Vonpar is a family business founded in 1948 and headquarted in Porto Alegre. In addition to Coca-Cola’s product lines, the firm has Leao juices and teas, Crystal mineral water, Heineken beers and Neugebauer chocolates within its portfolio. It is the leader in the soft drinks market in Rio Grande do Sul and Santa Catarina, with three bottling facilities and five distribution centres.

Commenting on the deal, Coca-Cola FEMSA Brasil CEO Ian Craig said: “Vonpar’s people and rich history are vital to consolidate the growth of the Coca-Cola FEMSA business in Brazil. We are confident that a sharing of best practice and geographical synergies will enable us to consolidate our leadership position in the country”.