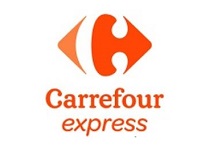 French retail giant Carrefour has announced plans to almost double the number of Carrefour Express stores it operates in Brazil, according to an article in Giro News.

The retailer currently has 75 stores operating under the Carrefour Express banner in Brazil and plans to open 70 more in 2017, Carrefour CEO Georges Plassat is reported as saying.

The move comes as hypermarket sales have fallen as a share of Carrefour’s overall revenue. Mr Plassat said that overall revenue from hypermarkets now stands at 51% – a seven percentage point fall on five years ago.

Carrefour opened its first Carrefour Express store in Brazil in 2014, with the aim of meeting what the firm described as the growing need for stores nearer to homes and places of business where consumers could make small but frequent purchases.