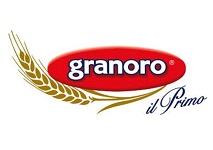 Granoro, the Italian manufacturer of pasta and sauces , has announced an investment of €13 million ($14 million) to extend its production and packaging line.

According to an article in La Repubblica, the firm said that the investment was due to increasing demand from the Asian and South American markets.

The company reported that its exports had increased by a third over the last five years to reach 40% of total sales.

Commenting on the move, Granoro CEO Marina Mastromauro said:”In the last five years our exports have grown by 10 percentage points and we have therefore had to move in this direction [expand capacity] in order to meet demand”.