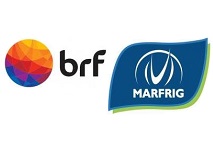 Brazilian food companies BRF and Marfrig have entered into talks to merge their companies and potentially create one of the world’s largest meat producers, the firms have announced.

The companies said the potential merger would help to scale and increase geographical and product diversification, including expanding operations in South America, the US and Middle East, reducing financial leverage and risk exposure.

The structure of any combined company has not yet been defined but BRF is expected to take a stake of approximately 85%.

BRF said the deal would allow it to strengthen its focus in Brazil and the halal sector,  as well as boost innovation, expand its product base and develop its international presence.

Both companies have entered a 90-day negotiation to define the terms of the potential deal.