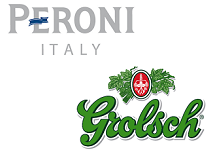 Leading brewer AB InBev is giving consideration to a disposal of Peroni and Grolsch  in order to head off possible competition concerns over its takeover of SABMiller, according to a report in the Financial Times.

Quoting sources close to the matter, the Financial Times said that plans were not finalised but that any such sale could potentially raise billions of pounds. Heineken, Molson Coors and C&C Group are listed as potential buyers of the brands.

The Financial Times notes that AB InBev has already taken a number of proactive measures to ease potential concerns from regulators, including a $12 billion buy-out by Molson Coors of MillerCoors, a joint venture between the firm and SABMiller in the USA.

The newspaper added that, as far as the European market was concerned, it was only in Belgium that the combined company’s share would exceed the 40% level that typically led regulators to intervene.