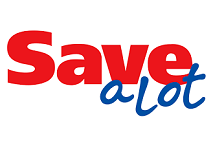 Reuters is reporting that US grocery firm Supervalu is considering an outright sale of its discount Save-A-Lot chain, as opposed to the spin-off mooted in July.

Quoting “people familiar with the matter”, the Reuters report noted that Supervalu had received some interest from private equity firms and that it would consider offers for Save-A-Lot once it had registered its intention to spin off the division in 2016. The value of such a deal could be more than $1.7 billion, the sources added.

In July, Supervalu revealed its intention to spin off Save-A-Lot. In a report from the time, the Wall St Journal noted that Save-A-Lot, which Supervalu acquired in 1993, had been the fastest-growing of the group’s divisions. The news agency quoted chief executive Sam Duncan as saying that a spin-off of the 1,300 store chain would allow Supervalu to “simplify” its business by focusing on its remaining 200 stores.