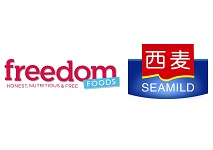 As a result of the deal, cereal products into China will have tariffs on imported products under the China Australia Free Trade Agreement reduced to zero over the remaining 3 year period.

Under the new partnership, the range of Seamild branded oat based cereal products will also be expanded and sourced directly from Australian manufacturer, adding values to oat cereals, oat cluster and oat based snack ranges.

It has also been revealed that the marketing and distribution of Freedom Foods branded products into China will be expanded through collaboration.