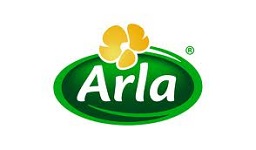 Denmark-based dairy specialist Arla Foods has revealed that it is expecting to invest €335 million ($361 million) in its production sites around the world.

The plan has been made as part of the company’s global strategy of making Arla a household brand by 2020, as well as increasing revenue by almost a third.

According to sources, the main focus of investments is to upgrade production and increase profitability and growth, split 50:50 between Europe (mainly Germany, the UK, Denmark, Sweden, the Netherlands and Finland) and markets outside the EU.

Peder Tuborgh, chief executive of Arla Foods, explained the target was to “move more milk from bulk into brands and improve the profitability for our farmer-owners” as well as taking a stronger position in the market, providing great-tasting, natural dairy products.

Arla Foods UK is among the subsidiaries that will receive the biggest investment with a total of €44 million ($47 million) allocated to be spent on its 13 UK production, packing and distribution sites as well as logistics operations stics. The Denmark Protein site in Denmark is also to receive a significant investment of €30.6 million ($32.6 million) for general upgrades and expansion of production facilities.