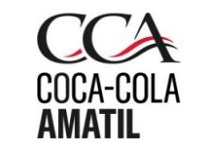 Cola-Cola Amatil, the Australian softt drinks and food firm, has started a “strategic review” of SPC, an Australian processor of packaged fruit and vegetablea.

According to Alison Watkins, managing director of Coca-Cola Amatil, the review coincides with the completion of a four-year, A$100 million ($72 million) co-investment in SPC in conjunction with the Victorian government.

“We believe there are many opportunities for growth in SPC, including new products and markets, further efficiency improvements, and technology and intellectual property”, Ms Watkins said. “The review will look at how this growth could be unlocked, potentially through a change in ownership, alliances or mergers”.

Coca-Cola Amatil has invested around A$250 million ($180 million) in SPC since it acquired the business in 2005.