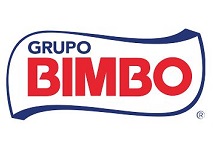 Four new lines will be added to the existing lines of white and wholegrain bread products to produce pre-cooked frozen baguettes.

“Since 1995, we have been betting on this great province, where our first factory was installed in the province of Pilar”, said Diego Bustos, general manager at Bimbo. “In this way, we continue to strengthen our presence on Buenos Aires soil”.

According to the company,  Bimbo aims to start expanding to markets such as Uruguay and Paraguay, in addition to its current export market of Chile

Grupo Bimbo Argentina acquired the San Fernando facility in 2006, since when production has quadrupled and the number of employees has increased by 30%.