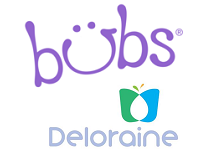 Bubs Australia, a goat milk products manufacturer, has agreed to acquire infant formula producer Australia Deloraine Dairy for a consideration including A$25 million ($17.8 million) in cash and A$10 million ($7.1 million) in shares, according to a FoodBev report.

Australia Deloraine Dairy is a multinational food company predominately involved in manufacturing and marketing dairy, staple and natural foods. Its Melbourne facility is said to have the capacity to process 10 million tins of infant formula from its existing production line.

Commenting on the deal, Kristy Carr, Bubs Australia founder & CEO, said: “The acquisition will have a significant positive impact on our business through a material reduction in our production costs, as well as placing Bubs in the best possible position to achieve SAMR (State Administration for Market Regulation) brand registration to enable the company to export their infant formula products to China to be sold in physical mother and baby stores”.

The announcement follows news that Bubs Australia is to form a joint venture with Chinese food firm Beingmate to sell its range of baby foods and infant formula in China.