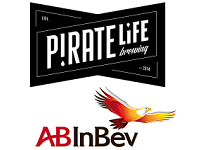 Pirate Life, a craft brewer based in Adelaide, Australia is to be bought by global beermaker AB InBev via its subsidiary Carlton United Breweries.

Announcing the move in a statement, the two firms said the deal would enable Pirate Life to “continue its unprecedented growth path”.

Established in 2014, Pirate Life produces a range of largely canned ales and stouts from its brewery in Hindmarsh, South Australia. The acquisition is set to include capital investment in a new brewery, with the Hindmarsh facility becoming a site dedicated to creating new beers, including sours, seasonal and barrel-aged products.

Commenting on the deal, Jan Craps, president of AB InBev’s Asia Pacific South Zone, said: “With its focus on canned packaging that gives consumers fresh, well-crafted beers and consistent quality, Pirate Life has resonated with Australian beer drinkers who want something different. Pirate Life’s brand is premised on a carefree and relaxed attitude and the ability to create great beers. This approach can only be enhanced with a new brewery, access to ingredients and shared knowledge from other AB InBev brewers in Australia and elsewhere”.

AB InBev’s move for Pirate Life is the firm’s latest bid to expand in the Australian market, following on from its purchase of Manly-based 4 Pines Brewery in September.