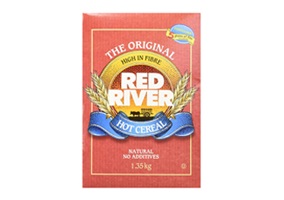 US-based food and beverage company J.M. Smucker has announced that they have sold its breakfast cereal line Red River Cereal to Ontario-based firm Arva Flour Mills for an undisclosed sum.

According to sources, J.M. Smucker had revealed in 2020 that the company was going to sell businesses that were not aligned with their “long-term strategy focus”.

The owner of Arva Flour Mills, Mark Rinker, said: “Since acquiring Arva Flour Mills last Fall, hardly a day went by at our retail store without a customer asking if we carried Red River Cereal. This prompted our initial research, and we soon came to the decision that this iconic, nearly century old brand would be a natural fit alongside the historic, Arva Flour Mills Brand”.

One of the modifications that Arva Flour Mills plans to do with Red River Cereal is to revert the change in the recipe from 2011, to include cracked wheat and rye rather than steel-cut wheat and rye. Arva Flour is currently planning to acquire a hammer mill for the manufacture of the original recipe.