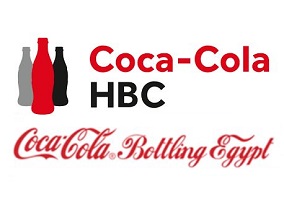 Coca-Cola HBC, the Swiss-based international bottling company has announced the acquisition of Coca-Cola Bottling Company of Egypt (CCBCE) for $427 million.

According to Coca-Cola HBC’s press release, the deal will give access to the second largest non-alcoholic ready-to-drink market in Africa by volume. This acquisition also aims to increase the penetration of The Coca-Cola Company’s brand portfolio and expand the brand’s presence in high-growth areas.

CEO of Coca-Cola HBC, Zoran Bogdanovic, said: “We are excited to welcome CCBCE to our group. We see great potential for this business to unlock considerable opportunities in the NARTD category in Egypt. With our best-in-class execution capabilities, commercial expertise, and world leading approach to sustainability and communities, we believe there is a significant opportunity to create value for all stakeholders. We appreciate the trust placed in us by The Coca-Cola Company and MBL and look forward to becoming part of the Coca-Cola system in Egypt”.

Chairman of MAC Beverages Limited and CCBCE, Abdul Galil Besher, commented: “We are very pleased to pass on to Coca-Cola HBC the ownership torch of CCBCE. As a leading anchor bottler of the Coca-Cola system, we believe that Coca-Cola HBC will accelerate CCBCE’s growth ambitions, by combining its expertise, breadth of knowledge, know-how and critical mass, with the company’s deep market knowledge developed over our multi-decade presence in Egypt”.