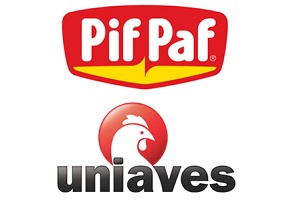 Rio Branco Alimentos, owner of Pif Paf and other brands such as Fricasa, and Ladell, has announced the acquisition of Uniaves, the largest chicken producer in the Espirito Santo state.

Uniaves is completing 12 years in the market and produces around 80 products, in different lines, sold in traditional retail and food service, in addition to being exported to several countries.

According to sources, with the acquisition, Pif Paf will be able to expand its poultry processing capacity and accelerate its expansion in Brazil and abroad.

“The combination of operational excellence, growth potential and high quality standards of both will lead to an even greater generation of value for all associated with the company and its ecosystem”, said the company in a statement.

Under the management of Pif Paf, Uniaves said that its operations will be maintained normally, “seeking to accelerate its expansion, with total respect for employees, suppliers, customers, consumers, the community and other partners involved in its activities”.

The transaction values have not been disclosed.