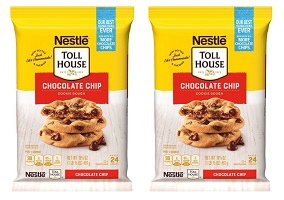 Nestle has announced an investment of $70 million in its Burlington factory to start manufacturing Nestle Toll House refrigerated cookie dough.

According to sources, the plant used to produce candy bars such as 100 Grand, Nestle Crunch, and Buncha Crunch.

Nestle sold its confectionery business to Ferrero in April 2018, but the Burlington factory was not part of the sale, and its ice cream, baking, and beverage lines were also excluded from the deal.

The facility is now going to be remodeled to produce the Nestle Toll House refrigerated cookie dough and the upgrade is claimed to include four new production lines, new technology, and infrastructures to refrigerate the cookie dough.

The remodeled factory is expected to create 100 jobs by May 2022.