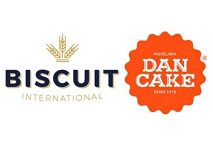 Biscuit International, the France-based bakery firm, has reached an agreement to acquire Dan Cake, a Portuguese manufacturer, and distributor of biscuits and cakes for an undisclosed sum.

Dan Cake is a family-owned business founded in 1978 and headquartered in Coimbra, Portugal. The company has two manufacturing sites, with a workforce of 500 people. The company is a leading producer of cakes and biscuits in Portugal and a leader in the butter cookies market. Last year, the company generated annual revenue of €55 million ($66 million).

Since 2016, Biscuit International has been acquiring businesses as part of its plan to increase its presence in Europe, with Dan Cake acquisition the company will become one of the major players in the European private label biscuit market, with a production of around 200.000 tons of biscuits and waffles from 20 factories in Europe.