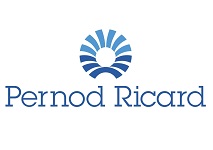 Pernod Ricard, the French producer of wines and spirits, has announced the acquisition of the remaining stake of the German gin brand Monkey 47 for an undisclosed sum.

The deal was concluded after Pernod acquired a majority stake in the brand in 2016.

Created in 2008 by The Black Forest Distillers, Monkey 47 is a gin produced with 47 plant ingredients such as spruce tips, lingonberries, elderflower, sloes, and blackberry leaves.

“The agreement is the logical consequence of the brand´s progress following the partnership with Pernod Ricard” added Monkey 47 Alexander Stein, who will remain involved in the development of the brand.