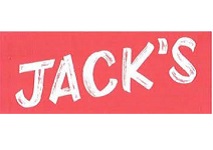 UK-based retailer Tesco has announced the launch of Jack’s, a new store concept that promises to offer customers great tasting food at the lowest possible prices.

According to a  press release, the launch is part of Tesco’s centenary celebrations and the stores are named after the company’s founder Jack Cohen.

Besides offering low prices, Jack’s stores will feature well-known as well as own brands, a range of merchandise on a “when it’s gone, it’s gone” basis and will support British producers since eight out of 10 of food and drinks will be grown, reared or made in Britain, according to Tesco.

The retailer plans to open 10 to 15 Jack’s stores in the UK in the next six months. The first two opened on 20th September in Chatteris, Cambridgeshire and Immingham, Lincolnshire.