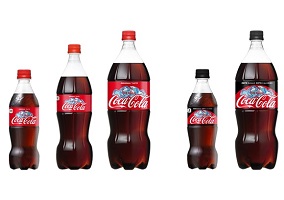 Beverage maker Coca-Cola has announced the launch of original Coca-Cola and Coca-Cola Zero in a new bottle that changes colour when the bottle gets cold.

The new package is said to feature an indicator ink label that displays the words “ice cold” when chilled, informing consumers the drink is at the right temperature to be served. The feature is said to have been created as the result of a customer survey conducted by Coca-Cola.