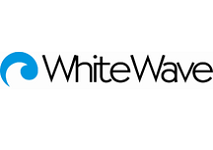 WhiteWave Foods Company is reportedly in talks to buy meat substitute manufacturer Quorn, according to an article in The Journal.

WhiteWave Foods, which owns brands such as dairy free milk alternative Alpro and meat substitutes Silk and So Delicious, is reported to be having preliminary discussions with the Teeside-based firm.

Originally launched by Marlow Foods, Quorn Foods was purchased by Premier Foods before being sold to Exponent Private Equity in 2011.

Commenting on the reports, a Spokesperson for Quorn said: “As a private equity-owned company, we will obviously be sold at some point, but our management team is currently focused on continuing the growth of the company. Beyond that, we don’t comment on rumours or speculation.”

The Journal reports that in the UK, Quorn’s sales have recently increased by 6%  to £10.9m, while the brand has also seen continued rapid growth in the US, recording a 64% increase in revenues last month.