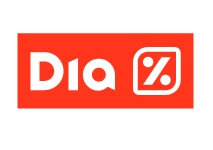 Dia Group has revealed plans to establish two new retail brands in Portugal in an attempt to arrest a decline in its operating results in the country.

Portuguese newspaper Diario Economico reports that the group is planning to introduce the store brands Dia Maxi and Minipreco Market over the next year. Dia reported that sales in Portugal for the past year  fell to €376 million, a drop of 7.2% on the previous year.

Dia Maxi is Dia’s hypermarket brand that is already established in Spain. Dia’s CEO in Portugal, Ricardo Curras, said that rolling out the chain in Portugal would form an “important part” of the company’s strategy in 2015.