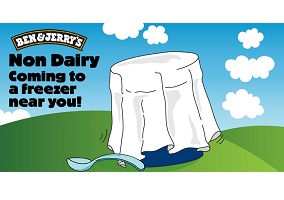 US ice-cream manufacturer Ben & Jerry’s, part of the Unilever group, has confirmed the development of a range of non-dairy ice creams which are due to hit shelves next year.

Without disclosing the exact flavours under development, the company said its aim was to maintain all the characteristics of its dairy flavours and to transfer them into a non-dairy alternative.

“We’ve been working on this for quite a while, and want to make sure these flavours live up to what Ben & Jerry’s is known for: enormous chunks, delicious swirls and a commitment to values-led ingredient sourcing”, the company said in a statement.

Jerry Greenfield, Ben & Jerry’s co-founder, added in an interview with UK newspaper Metro that the new variety would be made by using coconut milk or almond milk as base.

“In the US there are (dairy free) alternatives from smaller companies but Ben & Jerry’s will be the first mainstream company that will do that and will also do it in a really delicious way”, he commented.