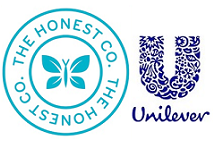 FMCG giant Unilever is in discussions to buy ecological home and personal care firm Honest Co for around $1 billion, according to a report in the Wall St Journal quoting “people familiar with the matter”.

Co-founded by actress Jessica Alba, Honest Co makes products such as disposable nappies, household cleaners and personal care and beauty products and has reportedly gained popularity with young mothers in particular. The company sells the majority of its products online, including through monthly subscription, but also supplies to traditional bricks-and-mortar retailers such as Target and Whole Foods Market. It reportedly generates around $300 million in annual revenue.

If the acquisition were to go through, it would be Unilever’s second recent significant purchase after it obtained subscription razor firm Dollar Shave Club for $1 billion in August.