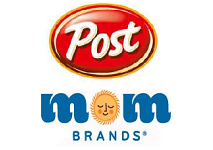 Cereal maker Post Holdings has announced that it is aiming to complete the purchase of rival Mom Brands as part of its strategy to expand and strengthen its position in the cereal market, according to a report from Reuters.

The transaction will reportedly consist of a payment of $1.05 billion in cash together with a transfer of 2.5 million shares.

Post, which has embarked on a strategy of acquisition to expand and diversify its portfolio, said that the merger of the two companies would allow them to achieve 18% share in the ready to eat cereal market where they compete with bigger rivals Kellogg and General Mills.

Post said it expected the acquisition to close by the third quarter of 2015.