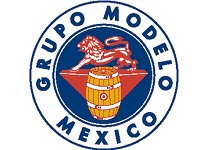 Grupo Modelo is to build a new plant in Yucatan, Mexico to expand its beer production, according to an article in El Economista.

The 2,200 million peso ($151.7 million) investment is designed to increase Modelo’s production capablitiies. The facility will have an initial capacity of 5 million hectolitres per year, but this is expected to increase in future years to 15 million hectolitres. The new opening reflects the company’s need to increase capacity by at least 8%, commented Ricardo Tadeu, general director of Grupo Modelo and president of Anheuser-Busch InBev in Mexico.

The new factory will be located in the Municipality of Hunucma and will produce beer for the Montejo and Leon brands in addition to the company’s flagship Corona brand.

In the near future the plant will become a platform to export beer to various parts of the world, the company said, although initially most of the production will be destined for the south and southeast of Mexico.

Construction, which is subject to approval from the authorities, is expected to start by June 2015.