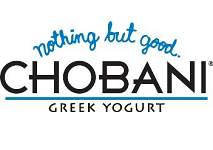 Long-standing food and beverage rivals PepsiCo and Coca-Cola are tussling over a stake in yoghurt-maker Chobani, according to a source quoted by Reuters.

According to the agency’s source, PepsiCo and Coca-Cola are among the companies in discussion to seal a deal that Chobani hopes could value the company at around $3 billion, the source reports.

The Greek style yoghurt maker is exploring the sale of a minority stake, including warrants owned by private equity firm TPG Capital LP that make up between 10 and 20% of the firm’s equity, the source added.

Founded in 2005 and now one of the USA’s leading yoghurt brands, Chobani is said to  be looking for investors to expand manufacturing and distribution of its products.

None of the parties mentioned commented to Reuters on the rumours.