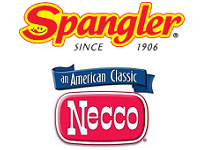 Necco, the US manufacturer of confectionery products such as Necco Wafers, has been sold in a bankruptcy auction to Spangler Candy for $18.83 million.

The firm beat off competition from investment firms Gordon Brothers and Round Hill to secure the acquisition. Prior to the auction, Gordon Brothers had been in negotiations to acquire Necco for $13.3 million.

The Necco business dates back to 1847 and produces the traditonal sugar confectionery brands Necco Wafers and Sweethearts, in addition to a number of chocolate confectionery bars such as Skybar and Clarks. The firm is headquartered in Revere near Boston, MA and has a workforce of around 500 staff.

Necco’s new owner Spangler Candy is  a manufacturer of confectionery products such as lollipops, candy canes and marshmallows. Founded in 1906, it markets products under brands such as Spangler and Dum-Dums.