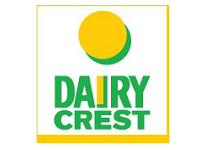 UK milk, butter and cheese producer Dairy Crest has announced an investment of £85 million ($100.3) million to boost cheese production, in order to meet increasing demand from both domestic and overseas markets.

The investment at the Davidstow plant in Cornwall is intended to increase growth in the firm’s cheddar cheese brands Cathedral City and Davidstow, as well as enhance whey production capacity. The expansion plans are to be implemented over the next four to five years, boosting production capacity from 54,000 tonnes to 77,000 tonnes per year.

The investment was reported as Dairy Crest announced 10% growth in annual revenues for the past year.

Commenting on the move, Dairy Crest chief executive Mark Allen said: ‘”Our brands are in good shape. Cathedral City has had a good year growing value, volume and market share, and we see plenty of room for further growth for this industry-leading brand. We have seen good momentum in revenue growth going into the new financial year”.