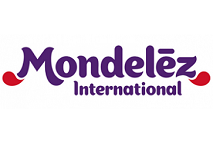 Mondelez International is contemplating a divestment of its cheese and grocery business in Europe, according to a Reuters report quoting “people familiar with the matter”.

The value of the two business could be up to $3 billion, according to the Reuters story.

Mondelez International separated its cheese and grocery divisions into a single standalone business in 2014, the same year that it merged its coffee business with that of D.E. Master Blenders, as it sought to focus on fast-growing snacks and beverage brands.

Reuters notes that the businesses could appeal to Kraft Heinz – which, having spun off Mondelez in 2012, would have first right of refusal – as well as private equity houses. The news agency’s sources added that investment banks Goldman Sachs and JP Morgan Chase had been hired to seek potential buyers but cautioned that a deal was not certain.

In a previous article, Reuters reported that Mondelez’s cheese and grocery segment accounted for around 10% of the firm’s total European sales, quoting figures for the quarter ended 31st March 2013.