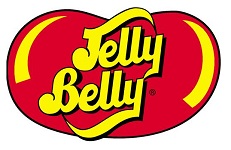 According to Jelly Belly, the new Draft Beer flavour, which had its debut at the Winter Fancy Food Show in San Francisco between 19 January 2014 and 21 January 2014, has been a “highly-requested flavour” for decades.

The company also added that the flavour is “effervescent and crisp” and comes as a “golden jelly bean with an iridescent finish.”

“Beer connoisseurs will find the flavour profile to be clean with notes of wheat and a touch of sweetness”, the company said, adding that, “the aroma is mildly bready”.

Ambrose Lee, Research and Development Manager for Jelly Belly, stated that the product “took about three years to perfect.” He continued by saying that “the recipe includes top secret ingredients, but contains no alcohol.”