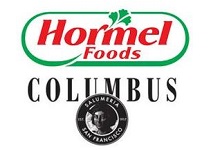 US food company Hormel has announced the acquisition of the deli meat and salami maker Columbus Manufacturing for approximately $850 million.

This purchase positions Hormel Foods “as a total deli solutions provider” enhancing its portfolio of brands such as Hormel, Jennie-O, Applegate, and Di Lusso, the company said in a statement.

Columbus is capitalizing on one of the fastest-growing areas in the retail grocery store with premium, authentic and on-trend products for today’s consumers, Hormel added.

Jim Snee, president and chief executive officer at Hormel, commented: “We are pleased to add Columbus to the Hormel Foods family. Columbus has an outstanding reputation in the food industry and is well-positioned in the advantaged retail deli category”.

Columbus Manufacturing will continue to operate from its base in California, reporting into the Refrigerated Foods segment at Hormel.