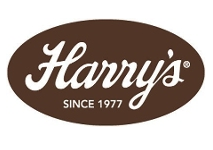 JGC Foods subsidiary Harry’s Fresh Foods, a US-based manufacturer of refrigerated and frozen soups, entrees, side dishes and desserts, has announced its intention to expand operations with the opening of a production facility in Nashville, TN.

The new Nashville facility will produce branded and private-label products for club, retail and foodservice customers. The company said it would also continue to develop strategic partnerships in the contract–packing and private-label business.

The factory was previously operated by Oberto Brands of Kent, WA, which announced in January its plans to close the plant after three years.

Commenting on the move, Harry’s Fresh Foods CEO Jamie Colbourne said: “This expansion increases Harry’s capacity on both sides of the country and enables us to offer the same high-quality products with less distance to travel. Having a 200,000-square-foot facility east of the Rocky Mountains improves efficiency and available delivered shelf life on the company’s fresh, natural and organic products”.